Corey Hodges is the Director of Operations for the Triad, North Carolina Team for the Foundation for Financial Education, one of the largest and fastest growing 501(c)(3) nonprofits in the country.

Corey is a native of Winston-Salem, NC. He began working in the financial services industry in the late 2012, after “sleeping on the job” for 17 years in the mattress industry. After realizing, to truly get a good night sleep, one must have a solid understanding of their future and finances. Corey is passionate about helping people better understand their needs through each stage of life.

Corey attended Lees-McRae College in Banner Elk, NC and the University of North Carolina at Greensboro. Corey previously holds a NC Real Estate Broker license and currently holds 5 State insurance licenses and his Series 65 license. Corey has a long history of giving back to the community through several Non-profits and most notably volunteers with the Flourish Initiative – division of The Shalom Project, where he also serves on the board of directors. The Flourish initiative is a high-impact poverty reduction model aimed to support women and their families who are on their journey out of poverty. This initiative is designed to bring together committed individuals and Flourish participants in a myriad of ways to work on goal setting, skill development, and relationship building to facilitate whole-person wellness necessary for families to transition out of poverty.

As 2020 brought about new challenges for us all, Corey expanded his family with his marriage to his husband, Christian in late September. In addition to his work with The Shalom Project and Flourish, at the beginning of the pandemic, Corey built a FOOD BLESSING BOX and is now stocked daily by Christian. They have 2 “four-legged” children (canines) Fergie & CeCe. Corey also likes to make everyone aware; he has an identical twin around town, and they can often be mistaken for each other. 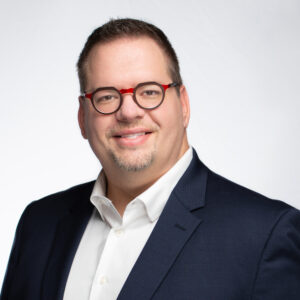